I Need a Dream Location to Write My Next Novel

I just finished watching an episode of “House Hunters International” (HGTV) where a lady sold her home in the U.S. and bought a dream house in Costa Rica, overlooking the beach, so that she could have the perfect place to write her first novel. Well, I admit it. I’m jealous. I’d love the perfect place to write my novels, too. Trouble is, I’d need to sell a lot of them in order to afford the house! None the less, it got me thinking….Here’s what I need:

A charming cottage in a small village outside of London, complete with a housekeeper who makes splendid breakfasts and provides tea and scones for me in the late afternoon. It would have to be walking distance to a lovely little town with a bakery shop, candy store and small produce market. I’d write lovely Romance novels while enjoying the view of my impeccable garden.
OOPS – I don’t write Romance. I’ll try again. Here goes:

A fabulously re-modeled condo overlooking the main plaza in Salamanca, Spain, where I could slip downstairs to enjoy early evening tapas and drinks with the locals. I’d dine in a different restaurant each night and eat churros every morning for breakfast before rushing back to my computer as I write my complex crime novels.
WAIT - I don’t write crime novels. Better try again:

A lovely Victorian house situated across from a quiet bay in Cape Cod.  I could walk barefoot on the beach and open my windows at night to let in all the soft ocean breezes. A local cook would arrive early in the morning to prepare my meals and clean the house, leaving me all the free time in the world to write my children’s’ books.
OH NO! I don’t write children’s books. This is NOT going to work! I’m faced with the following reality:

My computer/office/pile of books is located in a corner of the spare bedroom in our Arizona home. The window overlooks my neighbor Ed’s cactus garden and our AC unit. I’ve got to keep the door shut while I’m working or the cats will walk across the keyboard and pull the cords out of the computer. Once, one of them threw up a hairball on the keyboard. Try cleaning that!  With the door shut, the dog scratches and cries. If I let him in, he just scratches and cries to be let out. There is no housekeeper and no local cook. Still, I manage to produce YA mystery-suspense novels where time folds, ripples and bends.  It has to, I  wouldn’t be able to get the work done otherwise!

Do I Really Need a Promo Pic?

I’ll be honest. I do not photograph well. That’s an understatement. It doesn’t matter who’s behind the camera lens, if I’m the subject, the picture is doomed. So what do I do when agencies, libraries and other media request a copy of my picture for publicity?  And what about that picture for the back cover or interior of my latest novel?

Some of my writer friends have professional photographers do their “shots,” and they look marvelous. Especially when the picture is taken so that the head is turned to the back for that “come hither look.” If I did that, it would just be an advertisement for a chiropractic office. We can fix your pain in minutes. Besides, the camera will add at least 10 pounds and I think the flash adds another 25. I did have my husband take a few full facial shots of me but I wound up looking like part of the lineup at the local women’s prison.

“I don’t believe it, Ann,” he said. “The convicted felons in their orange jumpsuits look like supermodels compared to these pictures!”

“Try taking the picture at a distance!”

“It’ll take too long for me to walk that far!”

Then I tried having my picture taken with my pets. That was a bit better. My 16 pound cat was large enough to hide my double chin when I held him next to my face. I liked that picture so much that I used it on the author page for two of my novels. I’m thinking of incorporating a few more cats to cover the rest of me.

Then, there’s my smile. It bears an uncanny resemblance to the clown face from the old Coney Island Steeplechase Amusement Park. But if I don’t smile, I look like the housekeeper from Daphne du Maurier’s Gothic novel, Rebecca.

I’ve thought of doing one of those cutesy things, like using a logo of a butterfly or perhaps some sort of caricature instead of submitting my photo. But when you’re invited to speak at an event, they want your actual mug shot. Apparently, the audience needs to be warned ahead of time.

I envy those marvelous writers who were born before the camera was invented. All they had to worry about was the printed word. So, I’m up for ideas – please send them.  I’m willing to pose behind large ferns, use a fan to cover most of my face, and anything in-between.

All ideas are welcome!

This dynamic group of avid murder mystery readers selected my novel, The Last Tag, for their December discussion. And what a pleasure it was to join them at their meeting. With topics ranging from subplots, voice, mood, setting,  and elements of suspense, we talked about the development of my novel and its characters. Like all authors, I strive to grow and improve my craft. Gaining first hand input from readers is invaluable.

To say the least, I was honored to join the ranks of Tony Hillerman, Sue Grafton, Richard North Patterson, Paul Adams, J D Robb, and Carole Nelson Douglas, the stellar authors whose books will be read and reviewed by this club as the new year begins. 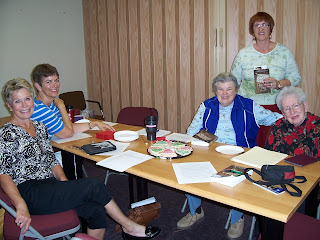 Want To Take Credit Cards at Your Book Signings? They've Got the APP and a Class!

I usually like to see the inside of my eyelids at five in the morning, but in order to walk the dog, take a shower and get to my Verizon “Learn How to Use Your iPhone Class” by 7:00, sleep will have to wait until I’m actually seated in the class. And I really can’t afford to sleep. I need all the help I can get to use the darn thing.

Why? Because people want to pay for books with credit cards; and in order to accommodate them and not lose a sale, I have had to upgrade my flip-top cell phone for an iPhone in order to get an APP and a little plastic square that takes all kinds of credit cards. Trouble is…I have no idea how to work the phone.

It took three hours and two Verizon employees to get me started last week. The first guy held on for a full hour and 43 minutes before giving up. His relief worker couldn’t last that long and finally recommended that I sign up for “The Class.” He was right. On the way home from the store, someone called me and I couldn’t figure out how to answer the stupid thing so I let it go to voice mail. I’ll figure that out soon.

Anyway, I’m dreading the class. You see, I’m not one of these people who moves seamlessly into new technology. For heaven’s sakes, I was using rotary phones five years ago in New York! Yep, big colorful phones that hung on walls and took up all sorts of table space. If I wanted to move around while I talked, I simply bought longer cords! Now I’ve got a little device that requires a degree in “Phone Usage.”

But the good news is, I can take credit cards! So…give me a week or two and then show me your plastic! Mastercard…Discover…Visa…I’ll process them all. Just don’t expect it to go smoothly. They don’t make an APP for that.