Reaching the Pinnacle of Rejection 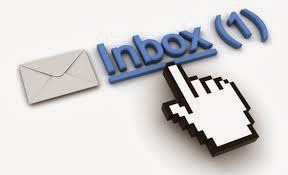 Imagine my shock when I opened my email to read a rejection letter that stated, “I’m going to pass on your project. It doesn’t look like something that would work for me. Of course this is one agent’s opinion. You may wish to query other agents.”

What project? Who are you? What on earth are you talking about?

Thankfully I have a great indie publisher who will be taking on the next novel in my “Light Rider” series. So why did I get this strange email?

As the days went by, all I could do was perseverate over it. Meanwhile, my husband thought it was hysterical.

“You’ve probably queried so many agents in the past five years, that they’ve put you on some sort of DO NOT ACCEPT LIST. Kind of like the DO NOT CALL LISTS from telemarketers.”

“Sure it is. I’ll bet anything that your name is on a computer list for DON’T CALL US, WE’LL CALL YOU. Look at it this way, that email just saved you time. You can cross that agent off your list should you decide to send out queries.”

“It’s very unnerving. I mean, not to know what they were talking about. Maybe I should send them an email explaining that I never sent them anything.”

“Sure. Waste your time. They’ll probably email back telling you to stop pestering them.”

“This is so unfair.”

“OK. Here’s an idea – Send them a query. Attach their response and wish them a happy new year!”

“It will be put in their spam file.”

“Yeah, but at least you’ll have the last word.”

“I’ve got a better idea. I’m just going to push the delete button.”

“That’s what you should have done in the first place!”

I went back to the computer and pulled up my email. My finger was poised over the delete button but I just couldn’t do it. It wasn’t closure enough. After staring at the keyboard, I did what I’ve been doing long before emails. I printed out the darn thing and tore it up in little pieces.

I Hate Leaving the Comfort Zone! 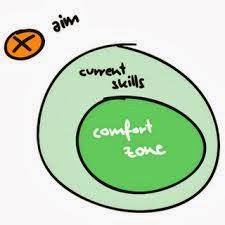 Sometime in the summer of 2014, the fourth novel in my “Light Riders” series will be released from my publisher and hopefully will make it into the hands of eager readers. I thoroughly enjoyed penning The Time Borrower.  After all, I was in my comfort zone. My characters went back in time to solve a murder, faced a number of obstacles and…well…you’ll just have to read it to find out the rest.

After writing The Time Borrower, I decided to push myself into a new time travel direction – bringing someone into the future. And not just any someone – a psychopathic serial killer who actually gives me nightmares when I turn off the lights. Yep, this is a major stretch for me; and I am more than a bit uncomfortable. I’m downright edgy.

This kind of book is meant to be a pulse racing thriller as its 15 year old protagonist, a gamer who’d prefer fighting his enemies on “World of Warcraft,” has to stop a flesh and blood killer who can hide in time. And while the “Light Rider” series relies on acerbic humor for comic relief, there is little to none in this venture.

I find myself biting my lips as I write and struggling with the brutal imagery that I’ve got to create for Time Tracer. I haven’t felt this uncomfortable since last fall when I took an exercise class that I swear was designed by the United States Marine Corps. If I heard the instructor yell “Work it till it hurts,” one more time, I was going to work my way out the door and over to the nearest Dunkin’ Donuts. Yet, miraculously, I survived it. Not only that, but I signed up for the next one that begins in January.

I tell myself that if I could make it through an hour of solid torture a few times a week, surely my protagonist could outwit a brutal murderer. The good news is that I’ve promised myself a reward if he does. This summer when the temperatures reach over 110 here in the Valley of the Sun, I will immerse myself once again with the next novel in the “Light Rider” series.

What the heck! I hate leaving the comfort zone!

"It's a Wonderful Life" 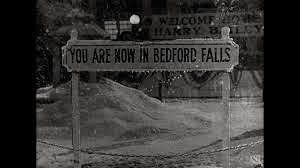 I won’t go into all the reasons why I absolutely love this movie, but suffice it to say that as a writer of time travel mysteries, the alternate reality created when George Bailey ( played by Jimmy Stewart ) wishes he had never been born, gives us the first taste what can happen when one event alters time and space.

In this case, George Bailey is actually able to experience his non-existence and the impact it had on the lives of others, thus prompting him to reconsider his original wish.

I’m sure the writers weren’t thinking of time travel or any sort of sci-fi theme, but let’s face it, when a single event in the past is changed, every other event changes as well. And boy, do we writers take joy in that premise! Alternating timelines and realities is like giving us a barrel of popcorn. We just keep eating it up.

But you don’t have to be a sci-fi writer to play the “what if” game regarding the events in your own life. We do it all the time.

What if I never went to Camp Bugaboo? Then I never would have met my future husband. (Well, if it was meant to be, you would have met him at some potluck dinner for your office).

What if I got accepted at Yale instead of just a state college? (Then you’d have bigger loan payments to deal with).

What if I got the lead in the school play instead of just a walk-on line? (Unless you were planning on majoring in drama, I’m guessing not much).

I happen to play this particular head game with one single event that happened to me when I was 15. I shared a taxi with folk singer/protest singer Phil Ochs. He was on his way to Woodstock and I was going home to the outskirts of Kingston, New York after visiting friends in the city. He tried to convince me to forget about Kingston and go up to Woodstock with him. Said he was meeting friends at someplace called the Café Espresso. Then he named them. Names I didn’t recognize till months later! Names like Bob Dylan and Peter (from Peter, Paul and Mary). Needless to say, I got out of the cab in Kingston and ran to my front steps. But I always wondered….what would have happened if I just stayed in that taxi?

Would I have become the next famous folk singer? (Not likely. I already know what would have happened. My parents would have called the state police and the Café would have been shut down indefinitely, thus thwarting the growth of folk music in Woodstock).

Not all of us can be as fortunate as George Bailey. But we can all sit back and imagine the endless timeline changes that could have happened. Ah…it sure is a wonderful life! 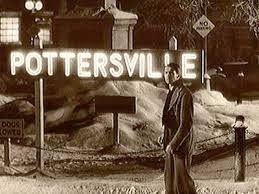 
Billed as an “edgy high octane YA thriller,” Jill Cooper’s 15 Minutes delivers one sucker punch after another, keeping the reader guessing and turning the pages. Yay Jill! This author has succeeded in taking the usual elements of suspense and working them in completely unusual ways.

The enigma of the time-space continuum is perfect fodder for sci-fi authors, including me. Time loops, ripples, changing paradoxes….the real trick is making it work and making it believable even when we know it is impossible. To that end, Jill has certainly delivered.

I don’t want to spoil it for you so I’ll just drop a few tidbits from the “elements of suspense” file.
1)      Withholding Information – Not since reading Agatha Christie’s The Murder of Roger Ackroyd, was I so anxious for information. My fingers couldn’t move face enough for page turning.
2)      Ticking Clock – Jill’s time travelers not only have external issues to face but life threatening internal ones. I dare not say more.
3)      Foreshadowing – Usually I can anticipate what’s about to come, so when I got taken by surprise, I just had to smile and keep reading.
4)      Momentum – Remember, when characters change the timeline, this is bound to happen.

If suspense isn’t enough to intrigue you, try romance. That’s right – it’s in here, too, and carefully crafted for YA readers who live the angst of relationships on a daily basis and for the rest of us who remember only too well.

Welcome aboard, Jill Cooper, and keep those time travel novels coming. Who knows? Your characters might just bump into the “Light Riders” one of these days!