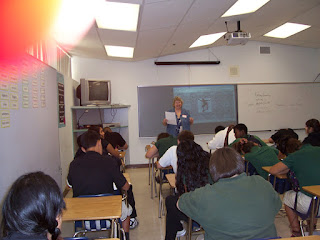 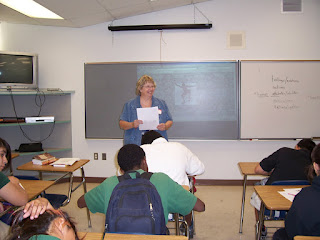 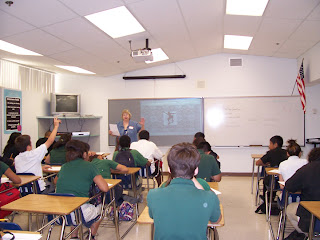 The issue of clothing has always plagued me as an author of time travel mysteries. That is, to say, do my characters show up somewhere in the past but wearing present day garb? Or do they arrive sans clothing like the unfortunate protagonist in The Time Traveler's Wife ?

In either scenario, they're left scrambling. Of course, some authors ignore it all together as in Tom's Midnight Garden. It was dark, he was wearing pajamas and it worked! But think of Richard Collier from the movie "Somewhere in Time" ( original novel Bid Time Return ) whose attire had to be precise for the decade lest he provoke the time-space continuum and return to present day.

Frankly, I don't know why clothing wouldn't travel in time as long as it remained on the wearer. After all, we're talking time travel, not the intense heat of space travel. The only real quandary would be for the characters to avoid "getting found out." Hence, the need to change into appropriate attire for that era in history.

As for me, it's quite simple really. I write young adult mystery-suspense novels and the last thing I need is to have a bunch of teenagers arrive somewhere absolutely naked. My characters have enough problems.

What are your thoughts?
Posted by Ann I. Goldfarb at 8:18 PM 1 comment:

More workshops with The Face Out of Time 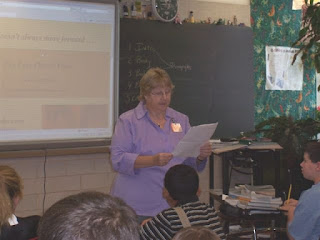 Ann I. Goldfarb Presents:The Face Out of Time at Log College Middle School in
Warminster, PA. 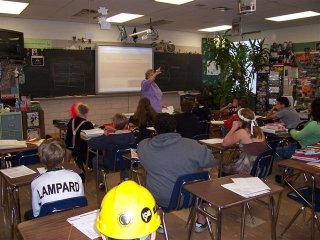 Discussing some of the finer points of the book. 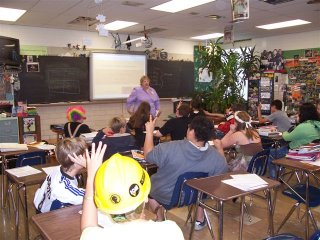 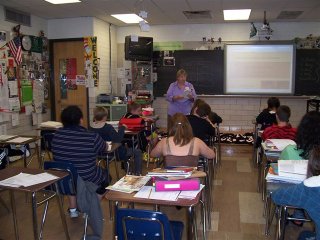 A reading from Ann's next book. 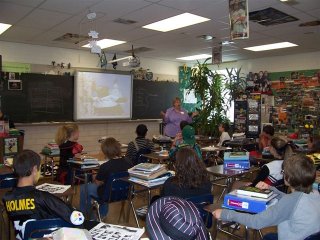 Ann is using strategies from
thoughtfulclassoom.com to engage students.

If your school district is interested in hosting a workshop based on Ann's books, please contact - agarizona@hotmail.com 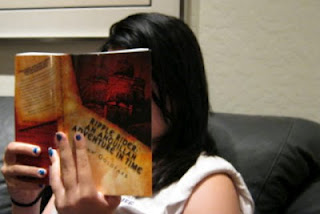 A new fan enjoying Ripple Rider: An Anguillan Adventure in Time.
Posted by Ann I. Goldfarb at 11:50 PM No comments:

Ann I. Goldfarb Presents The Face Out of Time at the Ronald C. Bauer High School In Phoenix.

Reading some of the book for the students. 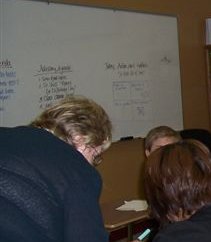 Discussing the book and the in-class activities. 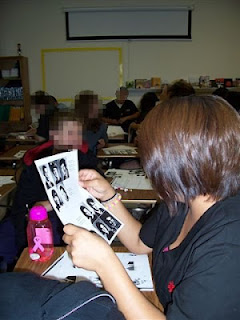 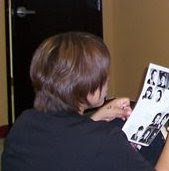 You can often tell when a picture was taken by the clothing and hairstyles. 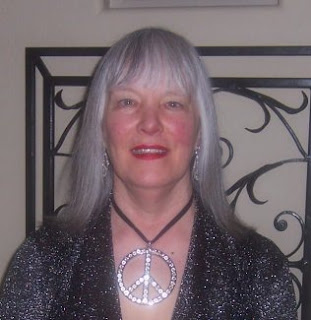 Misha, a student from Moscow, Russia, who is learning English, sent in this comment.

I was very interesting to read this book, and here is my school essay about your book: The face out of time is a young adult mystery suspense novel, written by Anne Goldfarb. This book is about a girl,Lee Capove, that moved over time in 50 years to the past.While two students of Geneva High School, Liz and Matt were doing their school research, they found photographs of two girls in the years of 1923 and 1973. The photos were exactly the same. The students decide to investigate and with time they find new, unusual details about the disappearance of Pearl. This book catches your interest by its intriguing storyline and its ease to read. Reading the book is easy and breath catching, just like a film which could be remembered for its fascinating story. I really like the manner of the author to describe the atmosphere around the characters of the book, their surroundings and their relationships. I would recommend this book to anyone who enjoys reading adventures and mystery books.