Oh no! Not Another Software Program for Word Processing! 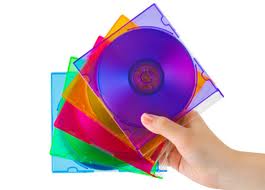 I cut my teeth on WORD 97 and parting with it was like tearing off my fingernails. But ten years later I finally caved and jumped into OFFICE 2010. It was like leaving the trolley car and boarding a rocket. I cried. I cursed. I bemoaned myself for ever letting my cousin talk me into this, but four novels later, I had forged a decent relationship with my word processing tool.

Then, I saw author Gale Leach’s blog on a new software program called “Scrivener.” Apparently it does everything except the laundry. (But give it time). Using words like “navigate,” “restructure,” “switch,” “edit,” “research,” this program apparently replaces all of those sticky notes that I have pasted to my desk and wall. Not to mention the piles of computer paper that bear legitimate notes and references. Sounds good, huh?

But I foresee downsides immediately. The cats will hate it. They won’t have anything to chew up or shred when I’m not in the room. And I won’t be able to impress my guests with the multitude of work I’m doing when they see a clean desk! But worst of all is the fact that I’ll have to start all over again learning a new program. And believe me, I’m a slow learner.

Hey, I just congratulated myself last week for figuring out how to do footers and headers! And I still can’t get the margin thing straight. Moving to “Scrivener” would be akin to taking the controls over for a 747 when I can’t even fly a Cessna! I’ve got to be honest. Lots of screen “stuff” scares me. I loved “Word Perfect” back when the dinosaurs roamed. It had a black screen and the only thing you saw were the words you wrote. That was it. “Scrivener” looks as if it’s the multi-plex for on-screen viewing.

Don’t get me wrong. I haven’t dismissed the idea entirely. I just put it “on hold.”  If I have time in 2025, I’ll take another look. Unless of course they come out with a software program that also operates the microwave. I’m listening, Gale…
Posted by Ann I. Goldfarb at 2:22 PM No comments:

Don't Turn Off Your Firewall, Unless Of Course It's For the U.S. Copyright Office

Yes, yes, I know that copyright belongs to the author the moment he or she puts all those ideas into a “fixed form,” i.e. text.  And of course this gets translated onto the copyright page of whatever literary work is being produced. Still, I can’t help but have that nagging feeling that someone is going to come out of the woodwork and steal it from me.

Maybe it’s because Theodore Nusselbaum did exactly that in the third grade and walked away with my essay on owls. To this day, the scars run deep… So, in order to protect myself from the Theodores of this world, I file a copyright with the U.S. Government every time I publish a new novel. Hey, it only costs $35.00 for all that peace of mind. ($65.00 if you don’t want to file it electronically).

However, the process itself can give you nightmares! I’ll warn you right away – There is nothing “user-friendly” about the site. Still, most people who are somewhat computer literate can manage. But there are two bumps along the way that are nerve jolting.

One – Leaving the site to pay the $35.00 fee. All of sudden, a warning pops up that you will now be leaving the secure government site for some other government payment site. It asks you if you’re sure you want to do this. Kind of reminds me of those warnings on funhouses or Halloween Horror Mansions where they say “ENTER AT YOUR OWN RISK.”

Then there’s the second bump and this one’s a dozy! You have to turn-off your firewall (Pop-up blocker) in order to proceed. Yikkees! That’s like saying you must keep your garage door open before you can enter the house. Only it isn’t scorpions, snakes or black widow spiders that I have to worry about.  It’s every conceivable kind of internet threat out there! – Spyware, malware, access to my personal date or heaven forbid – something pornographic that gets slipped onto my computer!!!  And I wouldn’t be able to blame it on the cats. No wonder I’m such a wreck when I do this.

But I’ve learned to do it quickly. I can turn-off my Firewall for only five minutes and get my book registered. I just hope in that five minutes, no one gets to me first! Still, it’s a small price to pay for all those Theodore Nusselbaums out there!

The choice is all yours.
Posted by Ann I. Goldfarb at 4:56 PM No comments:

How Can I Fall Asleep When the Plot's Not Spinning In My Mind? 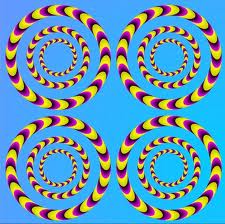 For the past four months the only way I’ve been able to fall asleep is to continue plotting the action for the novel I’ve been working on. I’d lie in bed, think of where my characters are and what’s happening to them, and then figure out the next moves in my story. Oh sure, I have a general plot, but the specific obstacles and resolutions get worked out just before I lose consciousness.

I create tangled webs and then see if there’s a way out. I envision the ultimate perils and decide which characters are going to face them. And I torture myself with motive, means and opportunity, all while peacefully lying on my bed in the dark. By the next day, I’m ready to get to my computer and see where I’ve left off.

But for the past two nights, I haven’t been able to fall asleep so readily. Why? Because I’ve just completed the first draft of my next mystery-suspense-adventure novel. And while this is cause for celebration, it means that I now have to start all over again with a new plot, new characters and a new novel. Unfortunately, until the current novel has reached its final revision and my editors are done sending me countless notes, I fight off any attempts from my imagination to start a new venue. I think this is something left over from my childhood.

Put that toy away before you take out the next one!

You’d better wash those dishes before you even think of cooking something else!

You’re not going to wear that sweater until you send Aunt Marion a thank-you note!

No doubt about it. It’s the closure element and it’s followed me from childhood to mid-life and beyond! So now, I have to find another way to fall asleep. And it’s not that easy. Just ask my husband who has to listen to me at night.

“Nothing. I just close my eyes and I don’t think about anything.”

“No wonder you snore after 5 minutes. Well, I can’t just think of nothing.”

“What did you think about before you started writing that book?”

“Well, just don’t think about anything and go to sleep. Good-night!”

It was impossible. I thought about bills –Did I remember to pay them? I thought about food – Did we remember to buy eggs and milk? I thought about the pets – Did I make an appointment for the cat’s teeth cleaning? I thought about our lawn, the car, my teeth, my water aerobics class, my book signings in the fall, the couch that I hate, the stove that I hate even more, my husband’s teeth, and the fact that my printer ran out of toner. It was awful. AWFUL. And then I decided to do something about it.

To heck with closure elements. I started to plot a new book….After all, I really need those Zzz’s.
Posted by Ann I. Goldfarb at 1:27 PM No comments:

Help! I Need to Illustrate for the Illustrator! 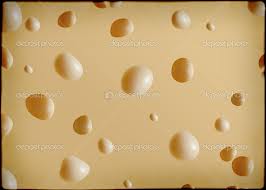 I know. I know. It’s still 2013 and my latest novel is set for release in November. But that doesn’t mean I haven’t started on the next one. I have. And this time, it comes with a publisher. Not to mention the illustrator that I’m working with on the project. I only hope that the poor guy doesn’t pull the hair out of his head when he sees what I’ve sent him.

The novel calls for a detailed map of a fictitious 13th century Scottish monastery. And believe me, readers will need it when they find themselves going through passageways, cloisters, towers, garths and forges. (Are you getting interested yet?)

But here’s the ruse: I need to “roughly” plot out the diagram so that the artist can draw it the way in which I’ve designed the buildings. Only trouble is – I can’t draw!  I’ve been trying for days. And it looks as if I may have to start all over again. The last attempt didn’t go over very well when I showed it to my husband.

“Huh? I didn’t know you were writing a book about cheese. Is it for an article or something?”

“Cheese? What are you talking about?”

“Well, this drawing you gave me. It looks like Swiss cheese.”

“It’s not. It’s the diagram of a monastery.”

“Oh. So what are those little holes and dots supposed to be?”

“The buildings. The tower. The church.”

“That’s because you don’t understand it. The artist I’m working with graduated from the School of the Art Institute in Chicago. With top honors!”

“Did he take a course in cryptography? Because he’s going to need it when he sees what you’ve sent him.”

“It looks the same no matter how I hold it. But OK. If these are supposed to be buildings, you’ve got them on top of each other. Looks like those monks are going to Eat, Pray, Love in one giant cluster.”

I grabbed the diagram and took another look. Clearly, what I saw in my mind was not coming across with pen and ink. And then I realized something. My map was like Picasso’s Guernica when I was aiming for the Dutch Masters. It was hopeless.

Then I had an idea.

“Maybe I could have someone illustrate something for the illustrator.”

“WHAT? That doesn’t even make sense.”

“It does if you would do it. I’ll just tell you what I want, where I want it, and then you could put it on the paper for me.”

I’ve seen the look of terror before, but that was nothing compared to the expression on my husband’s face.

“Actually, if that guy did graduate in the top of his class from that art institute, he’s probably used to seeing things like this. Just mail it to him.”